Hillcrest Baptist Church was such a nice spot to camp, that we decided this morning that we would not only stay again tonight (after our miles officially ended here), but we plan on back tracking after tomorrow’s miles and stay a third night. The hospitality just can’t be beat, and having a solid roof during the storm will be nice. We saw on the news how bad a lot of the country is getting hammered by the storm” Ulmer”, and it looks like the lower band will be soaking us tonight, and tomorrow during our hike. So, it will be nice to have a place to hang our wet clothes and allow them to dry before moving on the following morning.

Todays hike though, was in beautiful sunny weather with the temperatures just right for hiking. There was a decent breeze to keep the gnats at bay, except one little guy that met his demise in the battering blinks of my eye lids. I couldn’t flush him out naturally, so I used my finger in an attempt to wipe him out, but succeeded only in getting him stuck between my eyeball and my lower eyelid for about 15 minutes. Finally my tear ducts produced enough tears to get it back up and out while I zigzaged my way down the shoulder of the road blinking wildly while rolling my eye up and down.

The road march was uneventful after that, except for witnessing the destruction left by the hurricane, and trying to imagining what it must have been like here as the storm was blowing through. At about lunch time, a guy in a truck pulled along side us to deliver a message from Grey Beard, simply saying that he was waiting for us “at the station”. I thanked the man for the message, and we hustled over to the local gas station to meet up for lunch. We all hung out there for about 30 minutes, and we talked about how the final weeks of our journey should play out in more detail. The plan is really fluid and open to variations each day, but we are trying to get the nightly camping spots solidified. (We pretty much have it down now to finish on the 28th, if all goes well).

Back at the Church, Wilton had bought us two rotisserie chickens and two pies, and guess what we ate the most off? It’s weird what the body craves on the trail, and I had to force myself to eat a 1/4 bird before eating half a pie. After it was all said and done by the three of us, one and half birds were left untouched and only a few slices of pie survived! It’s the greatest diet ever, eat as much as you can fit in your face and still lose weight, all you have to do is hike with a heavy pack on for 15 miles a day, everyday.

As night time fell around us, Wilton and I sat around talking about how much he loves to help hikers out, and I expressed our enjoyment of his hospitality and accommodations. He asked if we would stay for another night (since the next good spot is 28 miles away), and I told him that we had already made that decision this morning :). He was happy to hear it, then relized it was 8pm, and he still had to get home and make dinner, so he hustled on out of here. 🙂

Looking at the weather before writing this, the forcast is calling for thunderstorms for most of the day tomorrow. It’s not the best hiking weather, but it’s supposed to be in the high 60’s, which will help. It’s always exciting (and slightly miserable) hiking during a storm, and it makes for a good story. 🙂 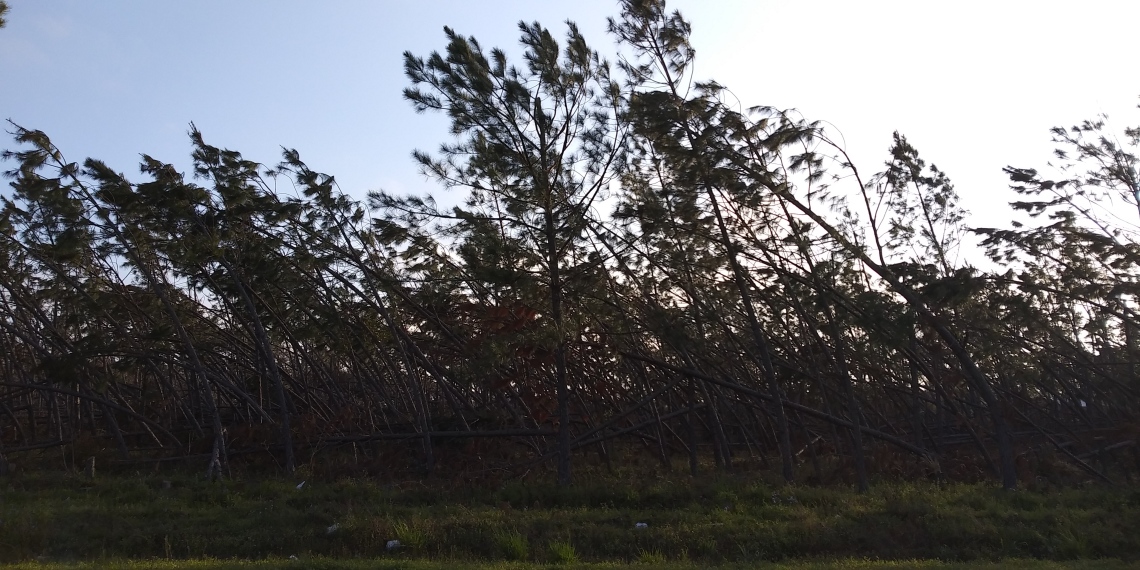 The trees everywhere are bent or broken from the hurricanes winds. The eye came right through this area 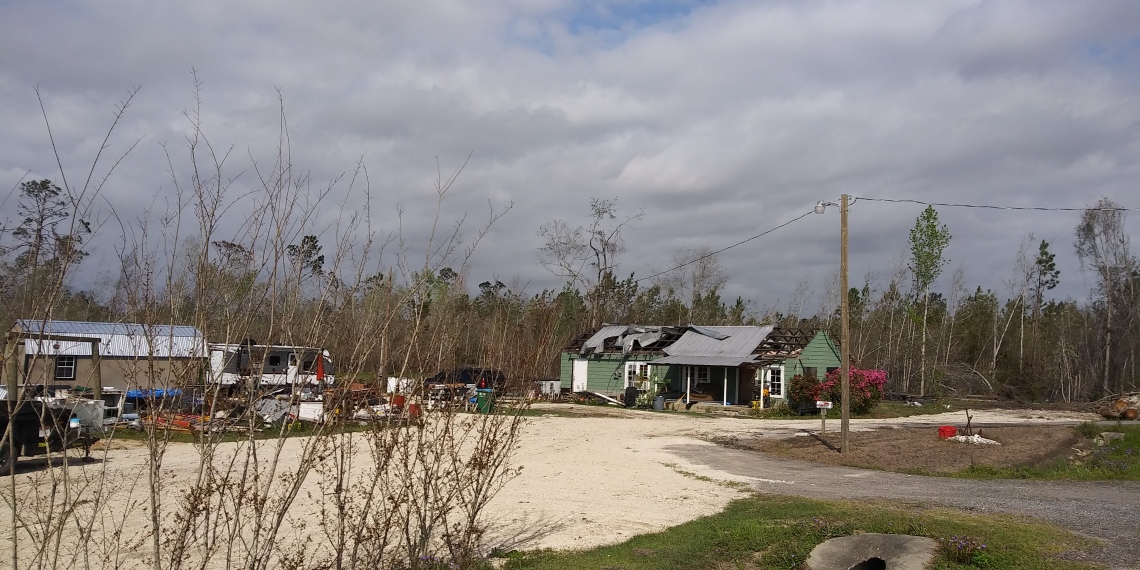 The rebuilding is a long way from completion, nearly half a year later and a lot of roofs are still tarped and debris lies everywhere 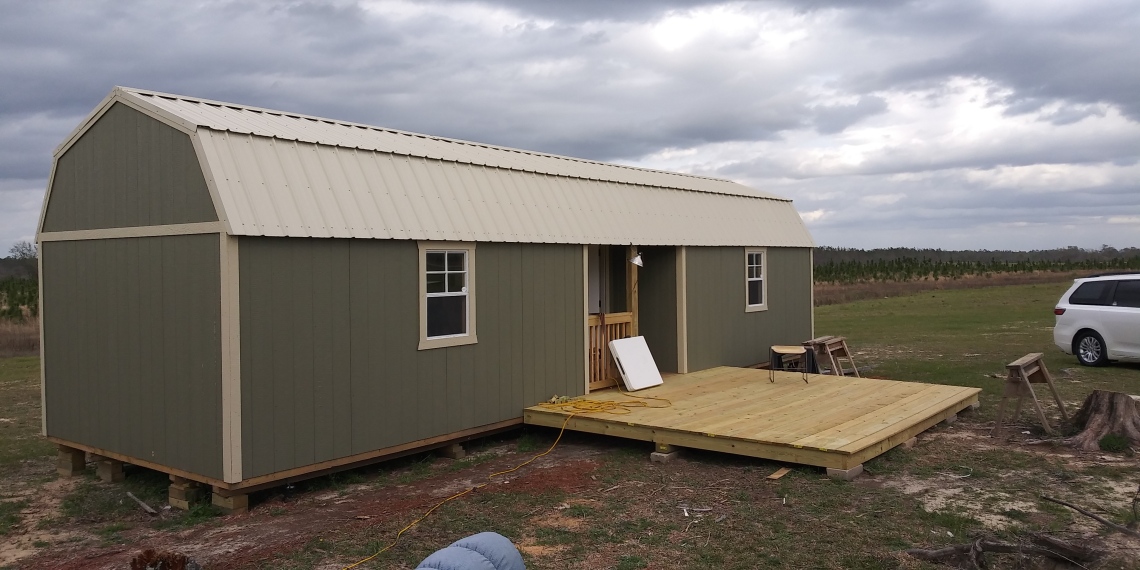 The “hikers cabin” at Hillcrest Church