Last night was a pretty cool experience. while I tried to sleep over the metal grate above the canal I witnessed mother nature at her finest. The alligators were the first to come alive after the sunset over the marshy landscape. I could hear them below me catching fish and splashing around trying to sink their there teeth into the swimming morsels. I shined my light down through the holes in the grate but I could only see moving water and the occasional gleam from their eyes, but despite their ferociousness I knew they were not going to come out of the water to were I was since it was cold outside. After the alligators fed, the birds started their calls to each other and did a little fishing of their own. I’m pretty sure at least one bird got to close to a gator, and his night ended early. After the birds quieted down it was the frogs turn to belch at each other and I drifted off to sleep thinking how cool nature is that each animal gets its turn to play. At about 3am it started to rain a little and I put up my tarp as fast as I could, but it was in the really most inefficient manner since my hammock was hung in such a tight space. It worked well enough though because I think the rain only lasted about 20 minutes and I spent about half that time trying to engineer sufficient cover.

I was woken up this morning by a maintenance truck driving down the gravel road atop the levy and decided that since the driver was up and the sun was coming up, that I better do the same. I slowly packed up my gear and made 4 packets of instant oatmeal/coffee (yes, together. It’s better than it sounds) then I got ready to head out. As I was eating breakfast I was thinking about yesterday and how I cruised right along for the first two miles but broke my feet down right away too. I decided that for today I would start out going slow and try not to stride it out, right out the gate.

If you don’t know me personally, I am 6’3″ with a 36″ inseam and I have always had a tendency to take long strides and walk faster than most folks, to the point I have to be told to slow down a lot. So for today’s goal of starting slow I had to play a mental game of walking on ice. You know, like when the sidewalk is icy and you have to take baby steps to keep from falling down. That was my stride length, but just a little faster tempo because well, this is Florida and there isn’t any ice :). I made the first 6 miles pretty well and to my luck there was another water cache waiting at the trail junction. This one was about dry, but I was able to fill my containers and leave a thank you note for the trail angels. By noon my feet were feeling pretty tender, so I decide to give my feet 30 minutes to air dry and take a water break before pressing on. While laying there in the ever present sun, I found a possible camp site on the map app about 10 miles down the road and I think that even with my reduced stride, I should be able to make it by night fall.

This plan worked well for about the first three hours while I kept with my short stride and put one foot in front of the other, then repeat. There is no scenery change here, just a long straight road that goes on for endless miles and miles and my shadow mimicking my movements just ahead but slightly to the right of me (to stay out of my way perhaps). It also feels like the sun has moved in 1/2 it’s normal distance towards earth to make sure I know it’s there. As I scan the horizon for a spot of shade, the tallest thing I see around are the old wooden utility poles and next on the list of tallest things out here are the fire ant mounds and the weeds that have somehow found a way to grow next to this road I’ve named “easy bake oven”. Giving up on finding shade, I take a break along the long road to nowhere and make a meal. I know it will put me at camp after dark, but I need the physical rest and to eat some warm calories.

I made it only about an hour past my last break spot when I noticed a temperature drop and the wind pick up. I know a storm is coming for tomorrow morning but as I look over my shoulder I see black clouds moving my way and in a hurry! I look ahead and maybe 100 yards up ahead and just off the “easy bake oven” road is a patch of trees! I thought it must be a mirage because all I’ve seen today is cane fields and utility poles but it’s real, and looks perfect. I hustle over to the trees and sure enough there is a span just big enough for my hammock to fit. I quickly look up at the sky and guesstimate that I have about an hour or so before it gets bad and I get to work on setting camp up for the stormy night. The tarp unfortunately is a little long for the span between the branches which allows it to flutter in the wind, but I feel as long as it doesn’t wear through it should hold and keep me dry through the rain. So now I lay here, resting my feet (that are no better than yesterday, but no worse either) and listening to the wind blow, not sure of what level of excitement the storm will bring but I’m at peace with it all.

a not so happy cottonmouth

pretty view of the marsh lands 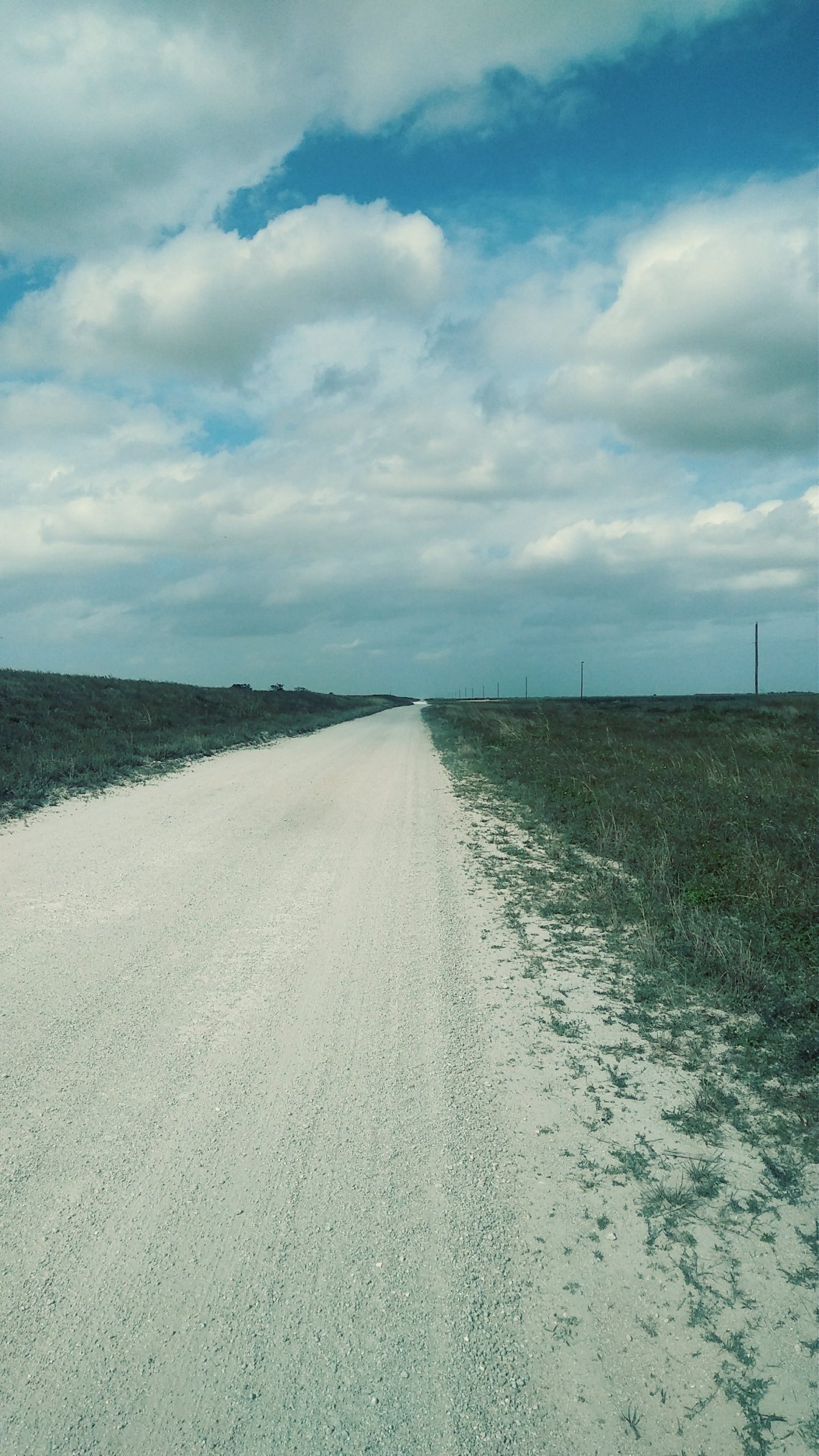 shelter before the storm